Winners of the competition for violin and cello in Tel Aviv will share a prize fund worth €210,000

The violin winners and jury of the 2019 Classic Strings Competition, held in Vienna, Austria

The European Foundation for Support of Culture (EUFSC), represented by its President, Konstantin Ishkhanov, is preparing to launch the third edition of its celebrated international Classic Strings competition for both violin and cello in Tel Aviv, Israel from 8–23 May 2022.

The Classic Strings competition has already garnered considerable acclaim around the world on the strength of the event’s first two iterations, which received strong reviews that praised the competition’s quality and high production values. Now the foundation has taken things to a new level, with the 2022 edition marking the largest competitive event for violin and cello that Israel has yet seen.

Everything, from the scale of the competition, to the standing of the jury members, and the prize fund for the winners, has been increased. The event will see two separate competitions for the respective instruments held simultaneously, each divided into three rounds. Competitors will be asked to play music by some of the most distinguished composers of the past, as well as pieces from modern composers like the competition’s Composer-in-Residence Alexey Shor. The final round of the competitions will then see the artists perform alongside the State Academic Symphony Orchestra of Russia “Evgeny Svetlanov”, conducted by famed cellist and conductor, Dmitry Yablonsky (USA - Israel - Spain), who also serves as the competition’s Artistic Director.

At the end, the winner of each competition will receive a prize of €50,000, along with a ten-country European tour organised by the EUFSC, where they will perform alongside ten different internationally-renowned orchestras. Meanwhile, the first and second runners-up will be awarded €30,000 and €15,000 respectively, while there will also be a €5,000 special prize in each competition in recognition of the best performance of Composer-in-Residence’s work, as well as five finalist prizes of €1,000 each, to make up a total prize fund of €210,000.

‘The size and scale of these competitions are unlike anything that Israel has ever seen. The level of work and preparation that has gone into this event guarantees that it will be a wonderful commemoration of music, and a truly grand celebration of these two beautiful instruments. The quality of the jury members, repertoire, and prize money on offer make this a competition that should not be missed by all those who wish to put their musical abilities to the test. I have no doubt that, whatever the outcome, all applicants shall find it to be a wonderfully memorable and exciting experience’ – Konstantin Ishkhanov, President of the EUFSC.

Applications for the competition are currently open and can be accessed on the official website. 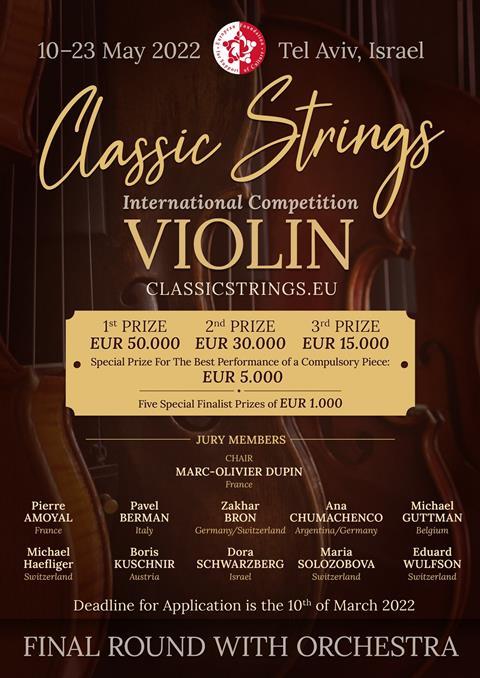 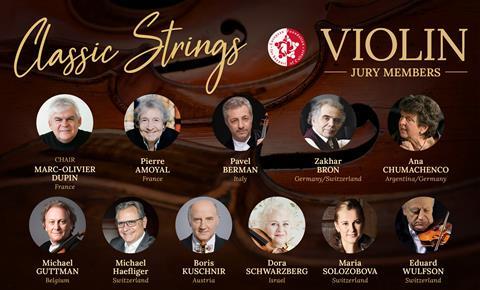 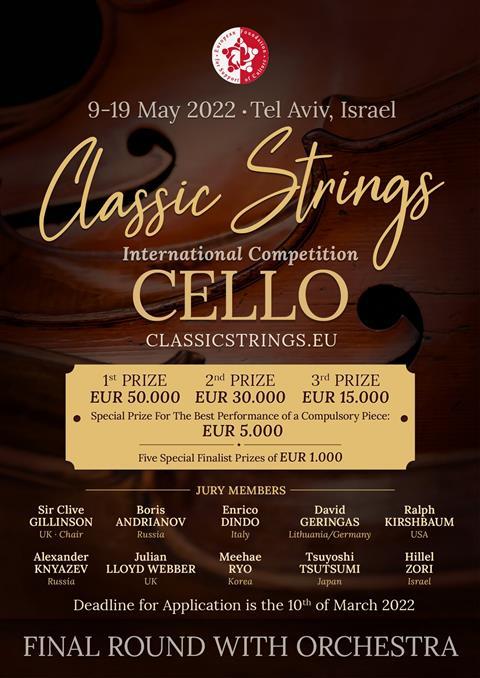 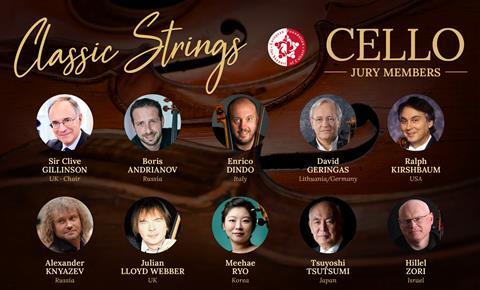