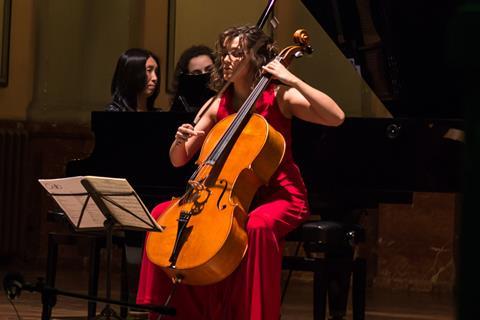 A graduate of London’s Guildhall School of Music and Drama, Díaz takes up her new job at Israel Symphony Orchestra Rishon LeZion, the resident orchestra of the Israeli Opera in Tel Aviv.

Díaz told The Strad, ’It is a great honour for me to be in Israel, the land of so many great musicians. Even though leaving my home country was a hard decision, music is a universal language and wherever it sounds more passionately, I feel it is where I belong.’

She is a prize winner of the Carnegie Palmer Award of the Worshipful Company of Musicians and finalist of the Pablo Casals International Award. Díaz has frequently collaborated with the Real Filharmonía de Galicia and the Orquesta Sinfónica de Galicia, as well as the London Symphony Orchestra.

Díaz plays on a modern combination of an Apostol Kaloferov cello, made in Sofia (c.1990) and a Paolo Pamiro bow made in Málaga (2019).