Held in San Vito al Tagliamento in north-eastern Italy, the international competition is for young violinists between the age of 9 and 14 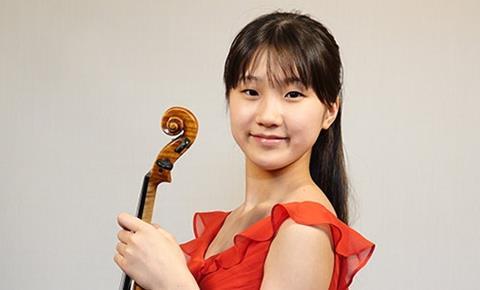 Tomita performed her winning programme of Mozart’s Violin Concerto no.1 in B flat and Mendelssohn’s Violin Concerto in E minor at the final on Sunday 11 July with the FVR Orchestra under the baton of Giancarlo Guarino. She receives €5000 in prize money, as well as a modern instrument made by Fabio Piagentini.

Second place was awarded to 14-year-old Leonhard Baumgartner from Austria, third prize to 12-year-old Anton Carus from the United States and fourth prize to 13-year-old Diana Chausheva from Bulgaria.

Here’s a video of her winning performance: