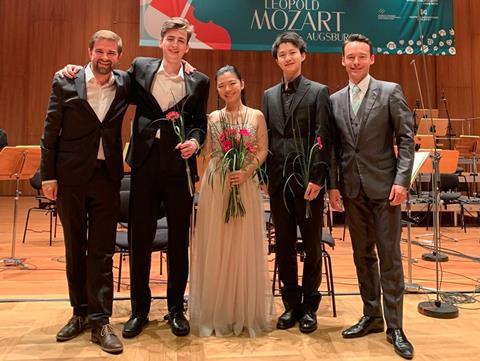 The 10th International Violin Competition Leopold Mozart has announced its winners. They are:

The special prize for the performance of the commissioned work SOLEOS by Elzbieta Sikora had originally been awarded to semi-finalist Julen Zelaia but, following his decision to withdraw from the competition, the prize was re-awarded to Kaoru Oe.

He has played a 1679 Pietro Guarneri on loan through the Stradivari Society of Chicago since 2016.

The triennial International Violin Competition Leopold Mozart was founded in 1987 and is named after Wolfgang Amadeus Mozart’s father, Leopold, who was born in Augsburg and remains an important figure in violin pedagogy chiefly through his Treatise on the Fundamental Principles of Violin Playing.