The American cellist receives US $10,000 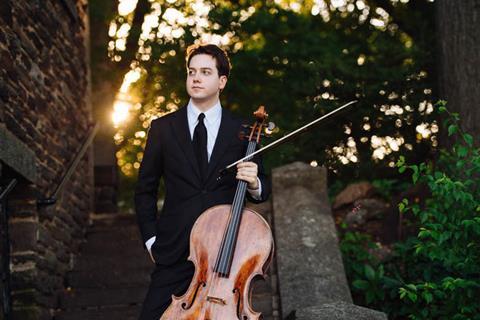 This year’s Carlos Prieto International Cello Competition, held in Morelia, Mexico, has been awarded to John-Henry Crawford. The 26-year-old American cellist receives US $10,000, a CD recording, plus a number of performance opportunities.

A graduate of the Curtis Institute, where he studied with Carter Brey and Peter Wiley, and current student of Joel Krosnick at the Juilliard School, Crawford is a former top prize winner at the American String Teachers’ National Solo Competition, the Greenfield Concerto Competition and the Lynn Harrell Competition.

Held every three years, the competition aims to promote the enrichment of the cello repertoire and to attract the attention of cellist to Ibero American compositions by including a work specially composed for the competition by an Iberoamerican composer in addition to standard repertoire. This year’s commissioned composer was Mario Lavista.