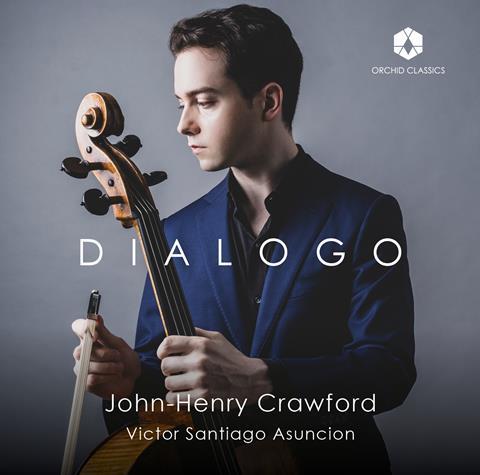 In Dialogo, the first movement, Crawford presents the folk-like theme clearly and simply, building to more intense heights of expression. His glissando pizzicatos and double-stops ring out with a rich clarity. The clean, close recording is like seeing everything through a very powerful lens – in the virtuosic second movement the torrents of rapid notes and frenzied, biting semiquavers are right in your face. The final chord resounds for a full seven seconds.

Crawford finds a wide range of tonal colours in Shostakovich’s Sonata, digging deep into his eloquent C string and finding an intense sound on his top string at climactic points. The clarity of his attack and crisp staccato in the Allegro movements and his thoughtful reading of the inward-looking Largo make this a striking interpretation.

Brahms’s Second Sonata contains some decisive playing and subtle rubato. I liked the focused sound of Crawford’s lower strings but found the high tessitura tone rather tight and the last movement too conservative in tempo.