Six violinists will appear in the two final rounds, in which they will lead a string quintet and perform a concerto with orchestra 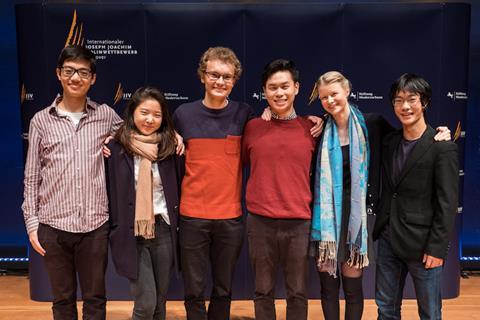 Following an hour-long recital, which included the premiere of Rebecca Saunders’s ‘Hauch’ by Rebecca Saunders and an encore with personal introduction, six musicians have been chosen to perform in the finals of the 10th Joseph Joachim Violin Competition, which begin today.

The finalists (in order of appearance) are:

The finals consist of a chamber music round, where participants will lead a string quintet, and a concerto performance with the NDR Radiophilharmonie conducted by Andrew Manze.

Prizes will be announced on the evening of 26 October and there will also be a Prize Winners’ Gala Concert on Saturday 27 October.

There is a live stream of all the rounds available to view here.