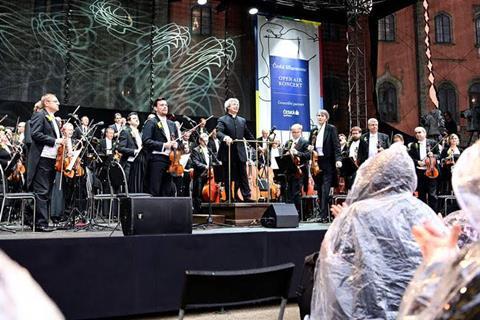 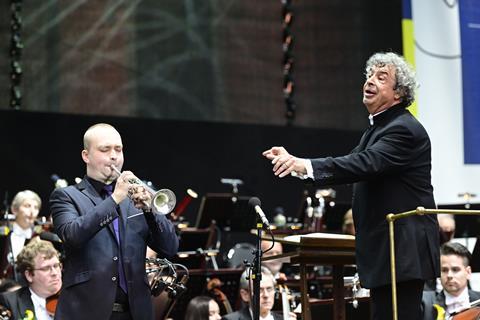 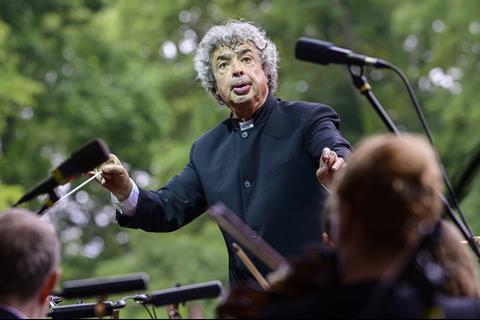 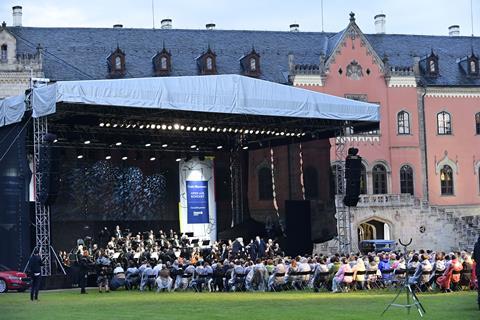 This is the first ensemble concert since the start of the lockdown, in which no social distancing was required

The Czech Philharmonic has given its first live concert to a large audience since the start of the lockdown. Taking place just outside Prague, in the grounds of the neo-gothic Sychrov Castle, it made no social distancing requirements of its performers - who were all privately tested for coronavirus beforehand - or of its more than 500 spectators, who were seated only 20 centimetres apart, without face coverings. Conducted by the orchestra’s Chief Conductor and Music Director Semyon Bychkov, it celebrated the re-opening of galleries, museums, cinemas and theatres in the Czech Republic, where new daily cases of coronavirus had greatly declined since the height of the pandemic a couple of months ago.

The concert, which featured the Overture and Scherzo to Mendelssohn’s A Midsummer Night’s Dream, Haydn’s Trumpet Concerto in E flat major with soloist Stanislav Masaryk and Beethoven’s Symphony No.5, honoured the doctors, nurses and healthcare professionals from across the Czech Republic, who formed a large proportion of the invited guests, for their ongoing fight against the pandemic. The Czech Minister of Culture Lubomír Zaorálek was also in attendance.

Read: Czech Philharmonic to perform in open-air concert for audience of 500

’We are proud that the doctors and nurses who fought the pandemic were able to hear the Czech Philharmonic and their Music Director, Semyon Bychkov, at Sychrov Castle and celebrate the opening of museums, galleries, theatres and cinemas across the country,’ said Zaorálek.

Since the beginning of the lockdown, the Czech Philharmonic has presented three benefit concerts streamed live internationally – raising funds for hospitals, the charity ŽIVOT 90 and the People in Need Foundation (Člověk v tísni). As soon as it became possible for audiences in the Czech Republic to attend concerts, the Czech Philharmonic launched a summer-long series of chamber concerts at their home the Rudolfinum in Prague, where they anticipate playing to full houses once again from September when they launch their 125th season.