41 violinists under the age of 31 will have the chance to scoop first prize of €50,000 in October this year 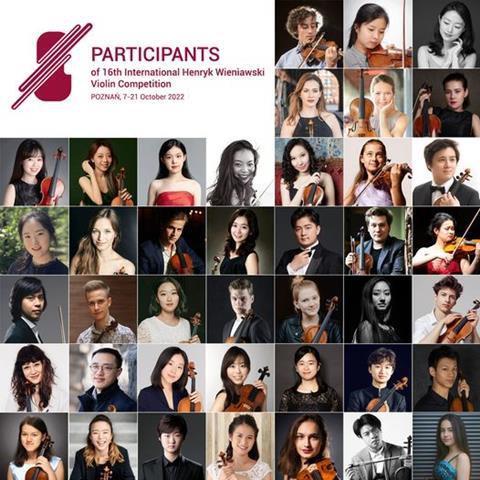 41 violinists have been selected to take part in the 14th Henryk Wieniawski Violin Competition, to be held in Poznań from 7 to 21 October 2022. They are:

The 41 violinists were chosen by a pre-selection jury consisting of Augustin Dumay, Daniel Stabrawa and Madeleine Carruzzo. 234 violinists from 34 countries applied via recording submissions. The chosen participants will have the opportunity to compete for a prize pool worth €115,000, with first prize of €50,000 cash.

The competition opens on 7 October and will be held at Adam Mickiewicz University Auditorium in Poznań, starting with a concert featuring Veriko Tchumburidze, winner of the previous edition, and the Warsaw Philharmonic conducted by Andrzej Boreyko. The concert will feature Violin Concerto in A Minor  Dvořák, the ’Rebirth’ Symphony by Mieczysław Karłowicz, as well as a piece by the Ukrainian composer Victoria Polevá as a sign of the competition’s solidarity with the Ukrainian people affected by war.