The former pupil of William Pleeth and Mstislav Rostropovich died of a sudden brain aneurysm on 1 September, aged 50 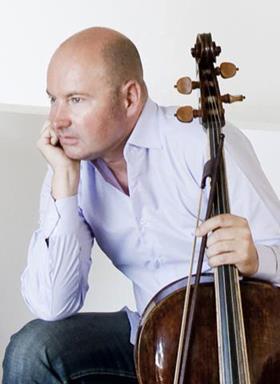 German cellist Sebastian Hess has died of a brain aneurysm. He was 50 years old.

Born in 1971, Hess studied at the Universities of Music in Würzburg and Munich with Julius Berger and Helmar Stiehler. He also studied exclusively with renowned cello pedagogue William Pleeth in London and was a selected student of Mstislav Rostropovich.

Hess embarked on an international solo performing career from an early age, making his debut with the New York Philharmonic under the baton of Leonard Bernstein at the age of 18. He appeared in numerous festivals, including the Aldeburgh Festival, Almeida Festival, South Bank Festival, Schleswig-Holstein Festival, Salzburg Easter Festival, Rheingau Music Festival, Cantiere di Montepulciano, and was on the faculty of the Kronberg Cello Academy. As a soloist he appeared with orchestras including the Bavarian State Orchestra, the Bamberg Symphony, the Lithuanian Chamber Orchestra, the Moscow Soloists and the Berlin Academy of Ancient Music.

Hess’ versatility is reflected in his extensive recording output and performance ranged from Baroque to modern repertoire, which led him to work closely with contemporary composers such as Jörg Widmann and Hans Werner Henze.

Rector of the University of Music ’Hanns Eisler’ Berlin, Sarah Wedl-Wilson wrote on social media, ’We are grateful for the musical star, lessons he has created for us and an audience worldwide. Hopefully the angels have a cello ready for him!’