The American cellist has died at the age of 78 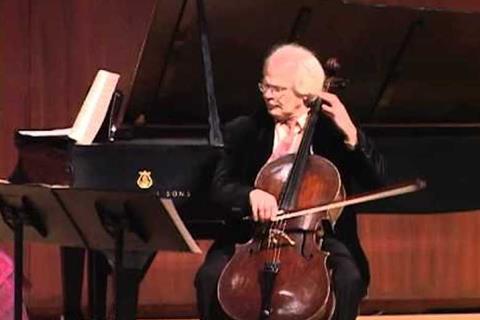 The American cellist André Emelianoff, a member of the Naumburg Award-winning Da Capo Chamber Players, and teacher at Juilliard and Bard College, has died. He was 78.

A graduate of the Juilliard School, Emilianoff studied with Leonard Rose, Channing Robbins, Luigi Silva, Leonard Shure, and Robert Mann. He was a cello soloist with the New York Chamber Symphony, Albany Symphony, and Music Today Ensemble. In 1976, he became a member of the Da Capo Chamber Players, a contemporary music ensemble which has commissioned over 100 works from composers.

Emelianoff was a professor of cello and chamber music at The Juilliard School and taught at Bard College. He also taught cello on the Mozarteum Salzburg summer course.

He had been suffering from a degenerative condition when he died.