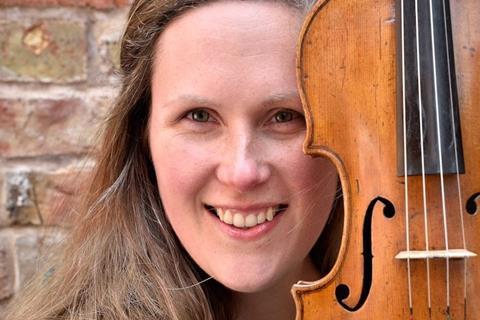 A graduate of London’s Royal College of Music, the 37-year-old South African violinist has performed as guest leader of the BBC Symphony and Philharmonic orchestras as well as the CBSO and Philharmonia, among others. She has given recitals at the Linbury Theatre, the Wigmore Hall and the Purcell Room in London. She also performs and records as a chamber musician with the Hebrides Ensemble, the Fibonacci Sequence, the Endymion Ensemble and the Scottish Ensemble.