12 violinists progress to second round of Carl Nielsen Violin Competition 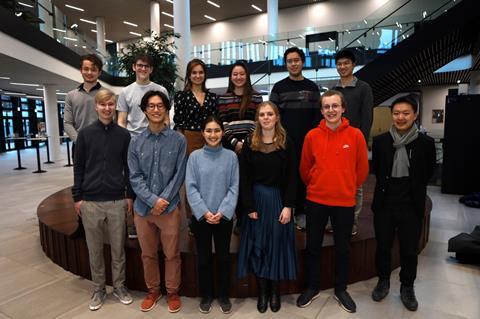 The following violinists have been selected to take part in the second round of the Carl Nielsen International Violin Competition:

The decision follows the first round performances held on 2 and 3 April. Contestants were judged blind on solo Bach and a contrasting solo piece, followed by a slow movement by Beethoven and a virtuosic piece with piano accompaniment.

The second round will be held on Monday 4 April where participants will be required to perform the contemporary piece Maze for violin solo by Jesper Koch, as well as a 25-minute programme of free choice. Six contestants will be chosen to take part in the semifinal round on Wednesday 6 April. They will perform a Mozart concerto with orchestra, as well as a solo encore of five minutes.

First prize winner will receive a prize package including a cash prize of €12,000, a recording deal with Orchid Classics and Odense Symphony Orchestra worth €13,000 and solo engagement with top Nordic orchestras. The final violin rounds will be held on Friday 8 April and Sunday 10 April.

The winners of the 2019 competition were violinist Johan Dalene, flautist Joséphine Olech and clarinettist Blaz Sparovec.