6
From the archive: a c.1744 violin by Michele Angelo Bergonzi
Lutherie

From the archive: a c.1744 violin by Michele Angelo Bergonzi 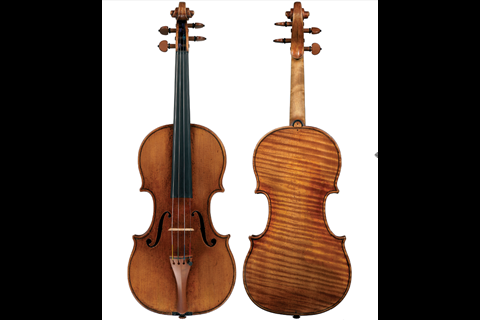 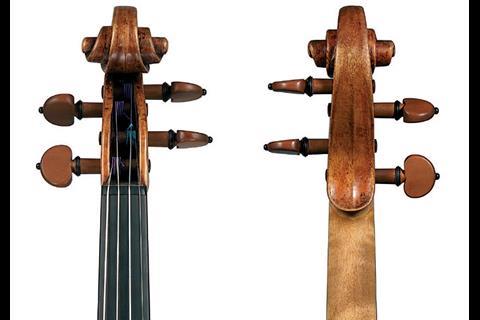 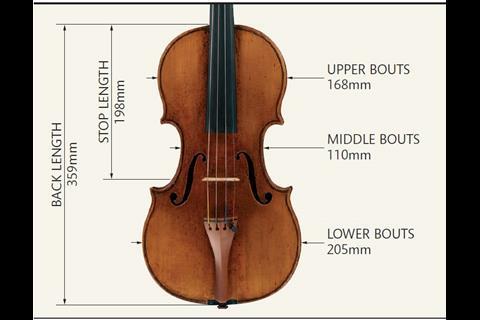 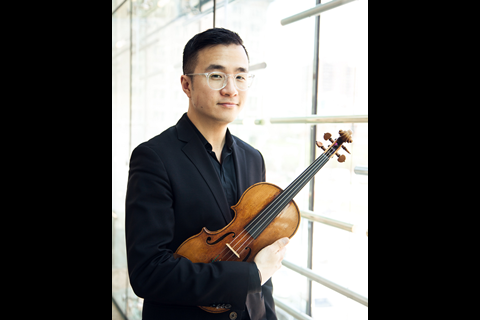 In this article from the October 2010 issue, Christopher Reuning examines a violin by Carlo Bergonzi’s eldest son which has previously been misattributed as a Guarneri ‘del Gesù’ and Lorenzo Guadagnini

MAKER Born in 1721, Michele Angelo Bergonzi was the first son of Carlo Bergonzi and the lone Cremonese violin maker of his generation. As such, he held the fragile thread of a continuous tradition that extended back nearly 200 years. Michele assisted his father from a young age and by 1745 they had moved into the Stradivari home and workshop together with Michele’s new wife and the entire Bergonzi household. Carlo died just one year later, which left Michele in the fortunate position of being the successor to the Stradivari business. However, his premature death in 1758, aged 36, signalled the end of the classic age of Cremonese violin making.

VIOLIN This violin was made by Michele Angelo while he was assisting his father. The fine orange-red varnish and the well-executed flat arching contrast with Michele’s later work and suggest Carlo’s influence was strong and that he may have participated in building the violin.

MODEL Although this violin relates to the two known Bergonzi forms, it has extended upper and lower bouts. It is larger than most other Bergonzis from the family’s first two generations and approaches the size of the large Stradivari model used some years earlier.

WORKMANSHIP Michele’s hand can be seen in the corners, which extend well beyond the blunt purfling mitres. The alignment pins in the back are located well inside the purfling and the f-holes are set in a slanted pose with narrow and flared lower wings. These details are characteristic of Michele’s instruments throughout most of his career.

HEAD The head is Michele Angelo’s personal work, and the second turn of the volute is exaggerated in its breadth, quite the opposite of Carlo’s style. From the side view, a notable area was left flat under the volute, owing to the maker’s saw cutting inside his template marking.

PROVENANCE In the mid 19th century this Bergonzi was owned by Baron Eichthal, who also owned the 1720 ‘Bavarian’ Stradivari, and then by Baron Henry Burnley Heath, who also owned the ‘Cramer’, ‘Heath’ Bergonzi and other important instruments. Both Eichthal and Heath believed the violin to be the work of Guarneri ‘del Gesù’, and it was not until Heath sold it in 1897 to W.E. Hill & Sons that they correctly reattributed the violin to Michele Angelo Bergonzi. Nevertheless, Hamma in Germany sold the violin as a ‘del Gesù’ once again, and it later appeared with Ralph A. Norton, the Chicago collector, with that attribution. Norton exchanged it for a real Guarneri ‘del Gesù’, the 1737 ‘Panette’, through the Rudolph Wurlitzer Company in 1929. Wurlitzer then sold it as a Michele Angelo in 1930 to L. Ernest Walker, a violinist from St Louis, who also owned the 1716 ‘Colossus’ Stradivari.

In 1934, Wurlitzer sold it to the concert violinist Roderick White, a former student of Leopold Auer. And in 1946, the violin was sold by Emil Hermann to Eugene Mark as a ‘Lorenzo Guadagnini’. The next owner was the famed Beaux Arts Trio violinist, Daniel Guillet, who sold it through Wurlitzer in 1965. Although Wurlitzer assigned the violin to Michele Angelo when the company sold it to Max Moller & Son, the Moller firm sold it as a Carlo Bergonzi. I myself purchased the violin in 2008 and sold it as the work of Michele Angelo to the current owner, an amateur violinist and patron of the arts from Canada.

ANDREW WAN from Mentorly on Vimeo.