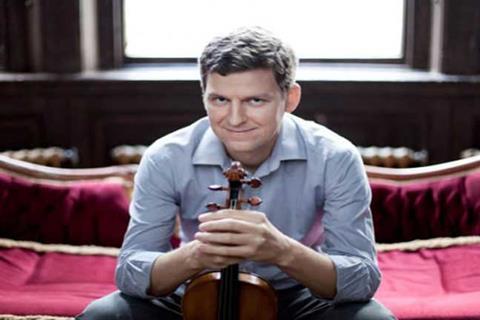 Born in Brandon, Canada, in 1976, James Ehnes attained musical recognition at a young age. He began learning the violin with Francis Chaplin from the age of nine and became the youngest ever musician to win first prize in strings at the Canadian Music Festival aged 12. He went on to make his professional debut aged 13 with the Orchestre Symphonique de Montréal and produced his first recording, the 24 Caprices by Paganini, with Telarc, before he was out of his teens. Trained at the Juilliard School of Music, Ehnes has an impressive roster of honours. The winner of three Juno Awards, Canada's leading musical accolade, he was again the youngest person ever to be elected as a Fellow to the Royal Society of Canada in 2007. In 2010 the violinist was appointed as a Member of the Order of Canada. Balancing his profile as a recitalist, chamber partner and concerto soloist, Ehnes is a versatile performer with a self-professed 'pragmatic approach' to his music. Ehnes performs on the 1715 'Marsick' Stradivari.