The event is taking place from 3 to 25 September 2016 in Romania in violin, cello and piano disciplines 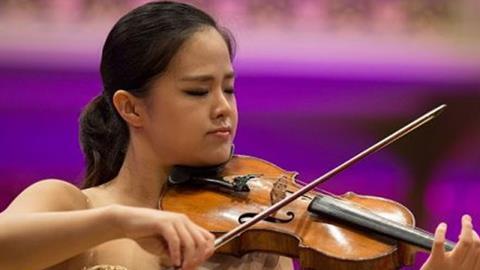 Gyehee Kim, aged 23, has won the violin section of the 2016 George Enescu International Competition in Bucharest, Romania. The South Korean’s performance in Monday's final of Tchaikovsky’s Violin Concerto with the George Enescu Philharmonic Orchestra conducted by Christoph Poppen earned her the €15,000 top prize and a number of performance opportunities around the world.

A student at the Seoul National University, Kim has performed with ensembles including the Russian and Torun symphonies, Gnessin Academy of Music, and Bulgaria Pleven Philharmonic. She won second prize at the Torun International Violin Competition in 2016, and third prize at the Tchaikovsky Competition for Young Musicians in 2014.

The contest is part of the George Enescu International Festival and Competition, founded in 1958 as a celebration of the Romanian composer’s work. It also features categories for piano and cello, the latter of which was won this year by Zlatomir Fung from the US.