From the archive: a tribute to the band of the Titanic

This notice from The Strad, May 1912, salutes the eight musicians who famously continued playing as the lifeboats of the Titanic were lowered 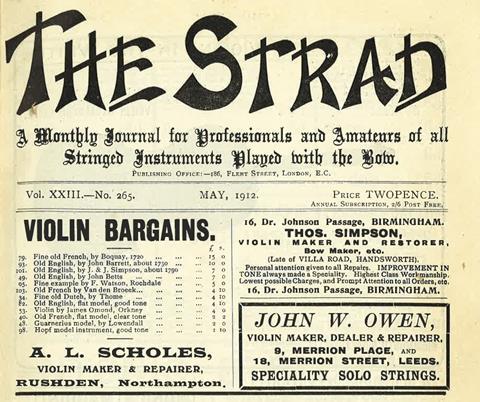 THE BAND OF THE TITANIC

In all the history of the sinking of the Titanic few incidents stand out with greater pathos than that of the orchestra playing Nearer my God to Thee as the ship with its cargo of souls sank into the depths of the sea. The band of eight musicians deserve a place in the roll of those men who have made our country famous for brave and chivalrous conduct in the hour of danger. Led by Mr Wallace Hartley, a Yorkshire violinist, these heroes did their best to cheer the spirits of all by playing popular tunes as the boats were lowered. Then as the last boat pulled off and only a few moments of life remained to those left behind, the leader started the beautiful hymn Nearer my God to Thee, that the consolation of its strains might ring in the ears of the stricken people in the closing hour of life. The musical profession may well be proud of Wallace Hartley and his associates.

For more gems of wisdom from The Strad archive going back to 1890, go to our shop. To download a free sample digital edition of the magazine, go here.