From the Archive: a Dominicus Montagnana cello, Venice 1735 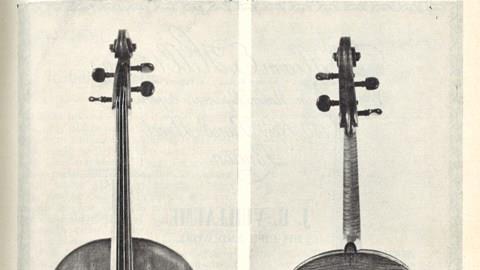 Dominicus Montagnana is justly considered to have been the finest of the many talented luthiers who worked in Venice during the first half of the eighteenth century. He was born about 1690 and died some time after 1750. It is doubtful whether his reputation would be so great were it not for the many remarkable cellos which he constructed and have survived in good condition.

The magnificent cello illustrated this month has always been recognised as an outstanding example of Montagnana’s craftsmanship. It is dated 1735 and is in an uncut state, measuring 29 ¼ inches in body length. The thick untouched varnish of a rich orange-brown is in remarkably fresh condition.

Montagnana’s varnish has a richness and texture which sets it apart from almost all of his Venetian contemporaries. The wood he selected is of exceptional quality and appearance and his workmanship on an equal with the giants of Cremona.