Kussmaul was also a sought-after violin professor, teaching at the Freiburg Musikhochschule, where he specialised in Baroque violin 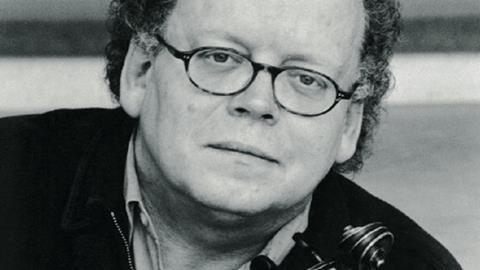 German violinist Rainer Kussmaul has died at the age of 70. Equally at home in orchestral and chamber music, he spent five years as first concertmaster of the Berlin Philharmonic and was a sought-after violin professor, teaching at the Freiburg Musikhochschule and giving masterclasses all over the world.

Born in 1946 in Schriesheim, Kussmaul was the second of three brothers who all became musicians; his elder brother Jürgen is a violist and conductor while his younger brother Wolfgang was concertmaster with the Stuttgart Chamber Orchestra. He studied with Ricardo Odnoposoff in Stuttgart, and in 1968 co-founded the Stuttgart Piano Trio. Its most familiar line-up became Kussmaul, cellist Claus Kanngiesser and pianist Monika Leonhard. In 1977 Kussmaul joined the violin faculty at the Freiburg Musikhochschule, where he specialised in Baroque violin; several of his students went on to found the Freiburg Baroque Orchestra.

Kussmaul took a leave of absence from Freiburg in 1993 in order to take up the position of first concertmaster with the Berlin Philharmonic. He spent five years in the post, during which time he helped found the Berlin Baroque Soloists with other members of the orchestra, to perform chamber music of the 17th and 18th centuries. The ensemble received a Grammy award in 2005 for a disc of Bach cantatas, and two Echo Classic prizes for its recordings of concertos by Telemann. Kussmaul continued to serve as its artistic director after returning to Freiburg in 1998.

Kussmaul performed on both a 1724 Antonio Stradivari and a 1692 Andrea Guarneri violin. In 2012 he was given the €15,000 Reinhold Schneider Prize, awarded by the city of Freiburg to artists associated with the city.

Berlin Philharmonic board member Ulrich Knörzer called Kussmaul 'one of the most influential musicians of the Claudio Abbado era'. 'His status as one of the pioneers and masters of the Baroque violin is testimony to his wide artistic horizons,' he added. 'As a teacher he had a great impact on outstanding violinists of the younger generation.'