‘Good grief, there are 40 of them!’ - Alexander Baillie on Popper studies

In this extract from August 2013, cellist Alexander Baillie shares his experiences of the studies as well as strategies for students embarking on learning them 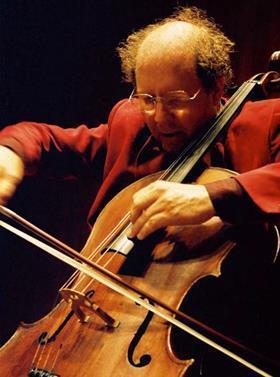 Finding patterns in the studies is key for Alexander Baillie

This extract is from the article ’Popper cello etudes: Rites of passage’ which appeared in the August 2013 issue. To read the full article, click here

My first teacher at London’s Royal College of Music, Joan Dickson, insisted that all her students play Popper studies. I remember that when I started she put me on no.1, and I thought: good grief, there are 40 of them! Luckily we didn’t end up going through every one. They’re very good at isolating particular elements of  technique. And they follow the same kind of pattern: chromatic, Wagnerian, post-Lisztian harmony with lots of diminished chords – which is useful, because those combinations of notes often feature in Romantic music.

I use the Popper studies a lot in my teaching. I don’t think it’s necessary to do all 40 of them – if you’ve really spent time on some of them, you might find that others cover almost the same techniques. But once you’ve mastered one, it’s probably useful to try another, similar one and you should fi nd that playing it is a lot easier. They’re a bit like a car wash – once you’ve been through them and come out the other end, you will be adept in that particular technique. Your left hand will have found out about shapes, about clambering about the cello and moving with ease.

They’re something of a rite of passage – the cello fingerboard will no longer hold any fear for you once you’ve mastered them. A couple of them – nos.6 and 20 – are like a workout at the gym. You’ll have no more fear of octaves if you can handle no.20 and still smile – it’s short and sweet, and it’s quite fun to play. It makes a great encore. No.12 is also a good warm-up study.

When I first learnt it, I never thought I’d be able to play it. Joan Dickson told me to start off slowly and break it down into chunks, starting off with four beats to a bow, then eight, then twelve notes happening in a single thought. Then you go through the pain threshold and the left hand starts to behave more instinctively – you begin to fly, and there’s no holding you. You move into ever higher speeds, just enjoying the torrent of notes.

One of the most important things in playing the Popper studies is to see patterns. Most of them are moto perpetuo, and there are chords hidden within the forest of  notes. It’s very important to be able to pick out the notes of  the chords, then to see that some of the semitones are actually leading notes, and to learn that the passing notes should be played slightly differently.

If there’s a chord being implied, you pick out the main notes of the chord and see the other notes as incidental. Some of them are great pieces of music. No.34, in 6/8 with double-stops, is very beautiful and gentle, and it’s incredibly hard to play perfectly. If you can perform it with all the notes making sense harmonically, and balanced so that they’re all in tune with each other, you’ll have a mastery of double-stopping.