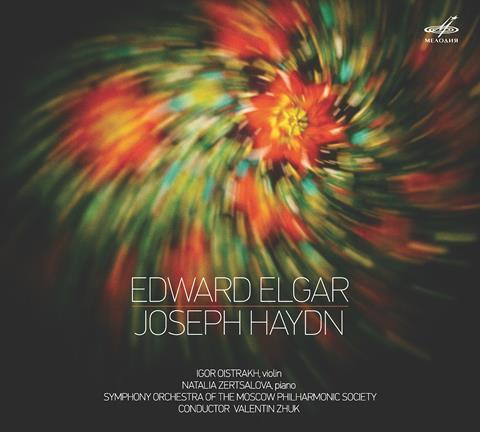 The Elgar Concerto was studied in Leopold Auer’s class before the Great War and Heifetz was performing it by 1920. David Oistrakh presented it in 1946 but it was left to his son Igor to make the first Soviet recording, in 1984. In an article for The Strad I wrote: ‘It is a good performance with another violinist, Valentin Zhuk, conducting and would have been better if Oistrakh had played quietly occasionally.’

The problem is partly that Oistrakh is too far forward in relation to the marvellous orchestra. He plays the second subject of the Allegro sensitively and does not use too thick a tone in the Andante, although in general I could do with a less vibrant sonority. His playing in virtuosic passages and the cadenza is terrific, and although he comes closest to Menuhin’s 1933 tempos, among my comparisons, he does not sound too slow because he gets a move on in faster music.

The Haydn Concerto, which should feature an organ, not a piano, is stylishly played and better balanced, with Oistrakh’s wife and sonata partner Natalia Zertsalova – a Yakov Flier pupil – well in the picture. Here Oistrakh uses a purer tone. The Largo is very slow, but no harm is done.