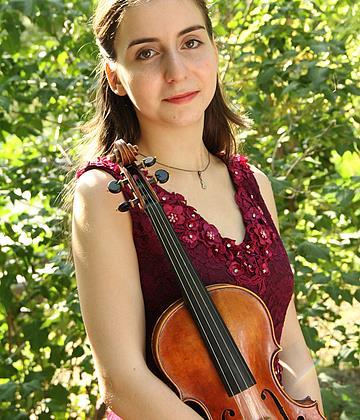 Diana Adamyan has been named the winner of the Menuhin Competition 2018 Senior Division, following a Final held at Geneva’s Victoria Hall this evening.

Four Finalists, whittled down from 22 violinists aged between 16 and 21 over two previous live rounds, performed a concerto with the Royal Philharmonic Orchestra conducted by Julian Rachlin.

18-year-old Adamyan from Armenia receives a first prize of CHF 15,000, plus the one-year loan of a fine old Italian violin through Christophe Landon Rare Violins, Inc.

First prize at the Menuhin Competition Junior Division was awarded jointly last night to 11-year-old Chloe Chua from Singapore and 10-year-old Christian Li from Australia - a first in the competition’s history.

The Menuhin Competition 2016 Senior Division was won by Ziyu He, while Yesong Sophie Lee triumphed in the Junior Division.