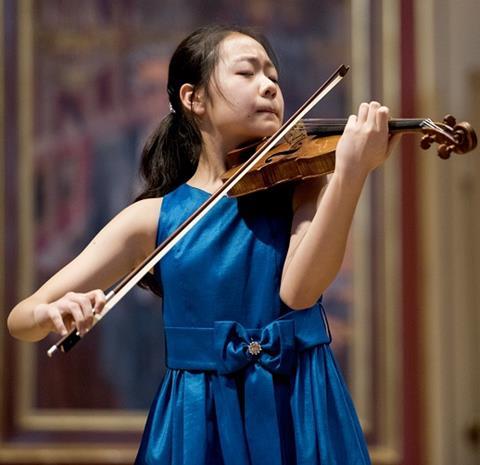 Yesong Sophie Lee has been named the winner of the Menuhin Competition 2016 Junior Division, following a Final held at London's Royal Academy of Music this evening.

Five Finalists, whittled down from 22 violinists aged between 11 and 15 over two previous live rounds, led the Yehudi Menuhin School Orchestra as soloist in one of Vivaldi’s Four Seasons and also performed the world premiere of the new commission for solo violin Shpigl by Òscar Colomina i Bosch.

12-year-old Yesong Sophie Lee from the USA receives a first prize of £5,000, plus the one-year loan of a Guarneri del Gesù c.1740 violin by Florian Leonhard Fine Violins.

The Senior Final takes place tomorrow evening, during which four finalists, aged between 16 and 20 will perform a concerto in the Royal Festival Hall with the Royal Academy of Music Symphony Orchestra conducted by Christopher Warren-Green