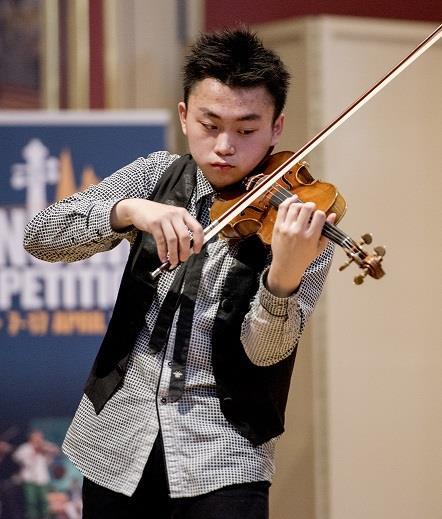 Ziyu He has been named the winner of the Menuhin Competition 2016 Senior Division, following a Final held at London's Royal Festival Hall this evening.

Four Finalists, whittled down from 22 violinists aged between 16 and 21 over two previous live rounds, performed a concerto with the Royal Academy of Music Symphony Orchestra conducted by Christopher Warren-Green.

16-year-old Ziyu He from China receives a first prize of £10,000, plus the one-year loan of the Stradivari ‘Schneiderhan’ violin, 1715 through J&A Beare’s International Violin Society.