Should today's string quartet playing be more liberated and instinctive? 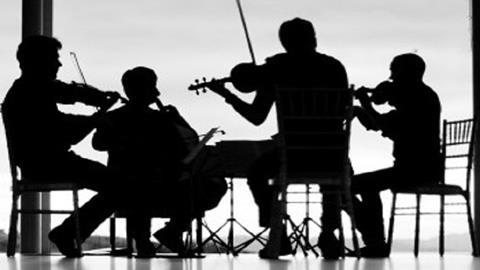 At the end of his engaging essay on metaphors of social interaction in the history of string quartet playing (‘Four’s Company’, The Strad, August 2016), Edward Klorman suggests that chamber musicians have much to gain by thinking of themselves as ‘human characters engaged in social intercourse’.

The article highlights various shifts in the metaphors used by writers to describe the string quartet: on the one hand, for example, there’s an echo of the almost ritualised to-and-fro of 18th-century aristocratic conversation, each part allowed its say, and on the other there’s the enactment of a rather more lively tableau in which the four parts embody fleshed-out characters.

Since he does not offer one, it is impossible to know Klorman’s opinion on the state of the art form today, so what follows is my interpretation. By ending his article as he does, however, Klorman appears to be steering us away from any temptation to limit the expressive art of playing string quartets to the beautiful execution of a series of familiar, well-practised moves, akin to a conversation in which we knew what was going to be said, by whom, how and where.

Of course, it is for individual musicians to decide how to go about playing their music. But there are ways in which the music world could nudge itself towards a more liberated view of quartet playing – for instance, by increasing the space in concert programmes for ad hoc quartets. This happens regularly at festivals, as organisers look to make an occasion of it by inviting star guests to perform together in spectacular and even unlikely combinations. In contrast to recognised ensembles – which have had the benefit of long hours of rehearsal together to find a unified, worked-out approach to repertoire – such one-off groups have only their participants’ skill, experience and expressiveness on which to rely. The results may tend towards being thrilling (or scrappy) rather than transcendent (or routine), but they come from a different kind of relationship between the players – not always better, but different.

Chamber music playing of this kind, where decisions about interpretation are made at the point of performance by individual players freed from certain expectations, offers the potential for new discoveries about repertoire – the ‘more imaginative musical interpretations’ envisaged by Klorman. That ought to offer a real incentive to programmers who truly believe in taking the art form into the future, since it supposes that even the most classical of classical repertoire holds surprises for today’s musicians and audiences. Moreover, actual musicians are key to revealing them.

Think of it as offering a more freestyle approach, adding an improvisatory element to a genre – classical music – that only sporadically embraces improvisation, finding it hard to reconcile with its own notated, composer-orientated constitution. What is more, we would expect the quality and aesthetic impact to increase as the experience and skill of the performers rose. That would translate into the field of competitive quartet playing: imagine an event in which the participating quartets are made up of strangers put together with, say, 30 minutes’ notice to rehearse a piece whose identity would only be revealed at that point; or a conventional quartet competition that includes a round in which members switch groups (Á  la speed dating).

Perhaps a representative of the competition jury could even play alongside the competitors, since the aim of this competition would be to find the most adept, instinctive chamber musicians: those with the ability not only to handle the technical demands of their parts but also to shape a performance as it goes along and respond to the contributions of others. Such a competition may appear inimical to the predominant modern view of the quartet as a self-contained work of art rather than an interplay of ideas, emotions and cultures brought by the four players to a composer’s original vision. But by reminding us that it takes four to make a quartet, it could bring us closer to the motivations, explained in Klorman’s account, of those composing, and playing, the first string quartets.

Read: String quartets were likened to refined conversation during the 18th and 19th centuries