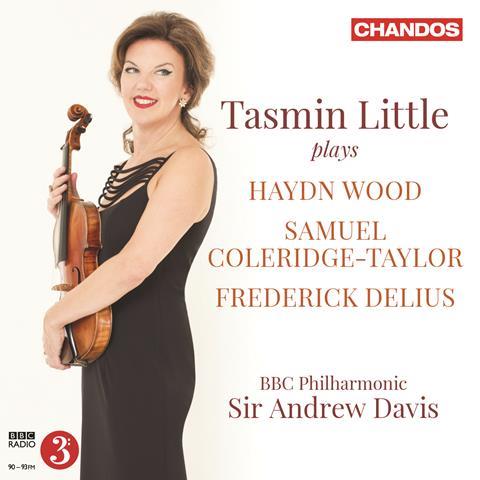 The Chandos engineers have produced a typically wide and opulent soundstage for concertante works by three English composers who crossed the Atlantic – in spirit or in person. In Tasmin Little’s hands the G minor Concerto of Samuel Coleridge-Taylor radiates glamour and confidence at full beam. She goes all out for expressive affection with bags of vibrato, supported by a close rapport with Andrew Davis, who coaxes sighing portamento from the BBC Philharmonic.

Their conviction might place Coleridge-Taylor’s Concerto in the company of Romantics such as Korngold and Barber, and they also play Haydn Wood’s A minor Concerto with dedication and passion. The first two movements of the Wood promise much, with generous and memorable melodies, but their development tends to lapse into German Romantic sequences. There’s a similarly generic oboe-led interlude for the central Andante, replete with the sort of English-pastoral modulations that Vaughan Williams made his own and that even the young Delius did better in a four-movement Suite of character pieces that he filed in a bottom drawer.

Ralph Holmes and Vernon Handley showed years ago that Wood’s Concerto was worth pulling out again. Little and Davis go one better, with more deftly managed transitions, wind playing that would charm the birds from the trees and solos in the Intermezzo that embrace the spirit of a Hardanger fiddler. The finale flies between Mendelssohn’s Leipzig, the first cuckoo’s England and the harmonies of American spirituals, to remind us of Delius’s eclectic inspiration.