No first prize was awarded in the violin category 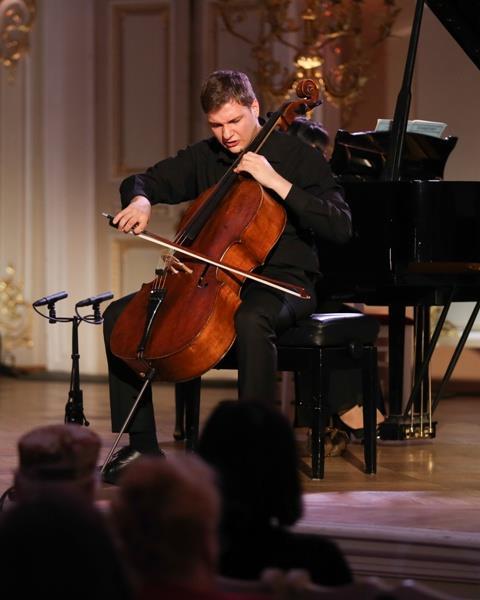 The winners of the XV International Tchaikovsky Competition were this evening announced at a glittering ceremony in Moscow’s Tchaikovsky Concert Hall.

Winner of the cello category Gold Medal and a cash prize of $30,000 was Andrei Ionuț Ioniță (pictured). The 20-year-old Romanian, who was visibly shocked at his win, took first prize at the Aram Khachaturian International Competition in 2013, and second place at both the ARD International Music Competition in Munich and the Emanuel Feuermann Competition in Berlin last year.

No Gold Medal was awarded in the violin category. Second prize and the Silver Medal , worth $20,000, went to Taiwan’s Yu-Chien Tseng , 20-year-old winner of the Singapore International Violin Competition earlier this year.

The winner of the competition Grand Prix, worth $100,000 - based on the highest set of scores - was Ariunbaatar Ganbaatar.

Held every four years, the 2015 Tchaikovsky Competition took place in Moscow (violinists and pianists) and St Petersburg (cellists and singers).

The entire 2015 competition was broadcast live via Medici TV at Tch15.medici.tv.