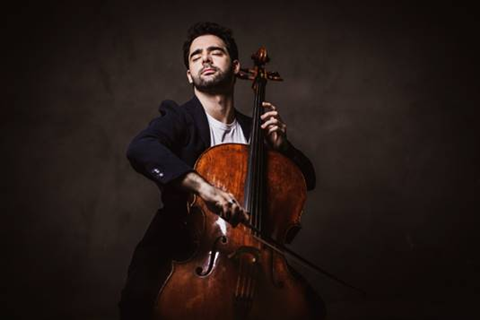 Sony Classical has signed an exclusive recording contract with cellist Pablo Ferrández. The 29-year-old Spaniard will record his debut album for the label in summer 2020, scheduled for release in January 2021.

Fourth prize winner in the cello category at the 2015 International Tchaikovsky Competition, Ferrández studied with former Rostropovich pupil Natalia Shakhovskaya at the Escuela Superior de Música Reina Sofía, and then with Frans Helmerson at the Kronberg Academy. A former scholar with the Anne-Sophie Mutter Foundation, he has performed under conductors including Zubin Mehta, Gustavo Dudamel, Christoph Eschenbach and Daniele Gatti, and has appeared in chamber concerts with Martha Argerich, Gidon Kremer, Vadim Repin, Yuja Wang and Khatia Buniatishvili.

Sony Classical president Per Hauber commented: ’Pablo does what only a few virtuosos can do: he combines incredible technical skill and great musicality with enviable lightness. Pablo has the rogue in his eyes and an inimitable charm as everyone can see on his socials. I am really looking forward to the fact that Sony Classical will be his exclusive partner on this exciting journey to a unique career.’

Ferrández currently plays the ’Lord Aylesford’ Stradivari cello of 1696, on loan from the Nippon Foundation.