Led by president Nikolaj Znaider, the contest took place from 16-22 April in Denmark 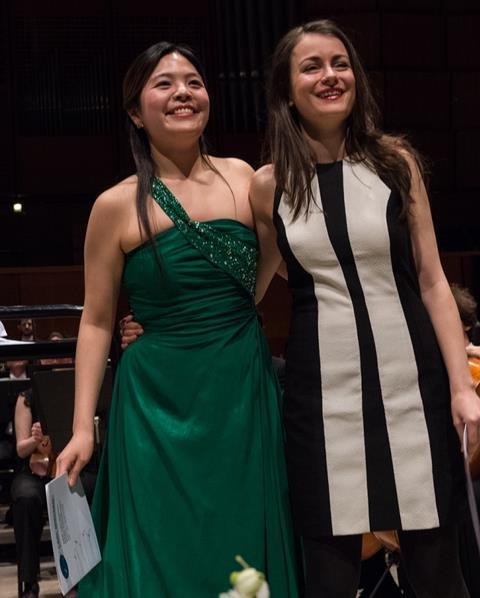 The two violinists performed the Nielsen Violin Concerto and another major concerto of their choice alongside fellow finalist, 25-year-old Luke Hsu from the US, on Thursday and Friday last week at the Odense Concert Hall in Denmark. The three finalists were whittled down from 24 contestants aged between 17 and 29.

Both first prize winners receive a cash award of €12,000, a CD recording with the Odense Symphony Orchestra on Orchid Records, and a minimum of ten concert appearances with top European orchestras. Hsu, who was awarded third prize, receives €8,000. No second prize was awarded.