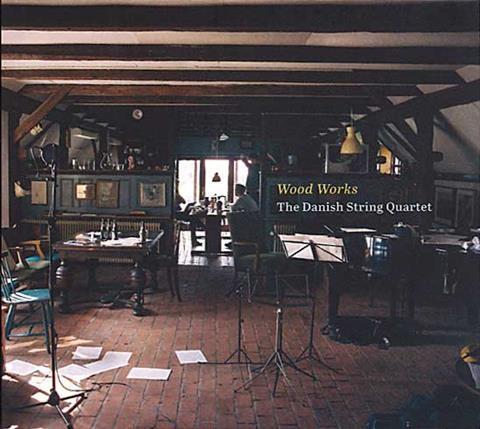 After recordings of Brahms, Haydn and two discs of Nielsen’s quartets, the members of the Danish Quartet – currently BBC New Generation Artists – turn their attention to entirely different music. ‘Wood Works’ is an obvious alternative route for a classical quartet from this corner of the world: a set of arrangements of traditional Scandinavian folk tunes. But this clearly lovingly crafted album is much more substantial than other string quartet side-projects. The four players – three Danes and a Norwegian – have developed a reedy, crystal clear group sound for this repertoire that evokes the mournful timbre of Nordic string playing. Closely recorded, the sound is dry but warm, picking up every turn of phrase in sharp detail.