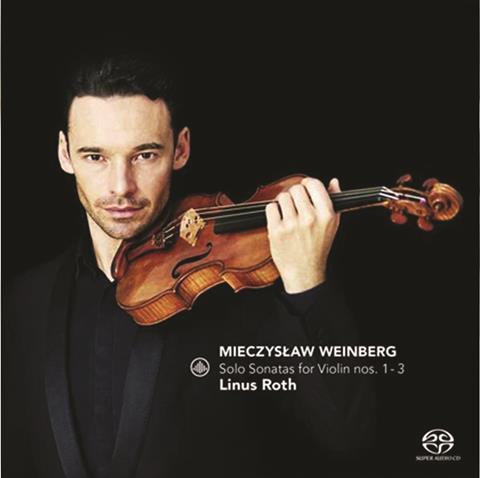 Linus Roth continues his outstanding exploration of Mieczyslaw Weinberg’s violin music – which thus far covers the complete works for violin and piano (CC 72567), the Violin Concerto (CC 72627), the Concertino and the Moldavian Rhapsody (CC 72680) – with the three solo violin sonatas, captured in the glorious acoustics of Berlin’s Jesus-Christus-Kirche, Karajan’s recording venue of choice before the building of the Philharmonie. All are relatively late works, composed between 1964 and Weinberg’s death in 1975, and require quick-fire musical reflexes with a technique to match. Roth’s silvery purity and beguiling tonal transparency once again prove a perfect match for Weinberg’s volatile sound world, in which striking ideas constantly rub shoulders with each other, often at a dazzling pace. As often with his friend Shostakovich (whose Fantastic Dances provide a perfect set of interludes), one has the strange sensation of musical reminiscences haunting the music’s coruscating surfaces. Yet, despite the music’s often excruciating technical demands – which in no.1, Roth ventures, exceed even those of the Bartók Solo Sonata – so commanding are the soloist’s probing interpretations that one’s attention becomes focused entirely on the music. On paper, this is far from easy music to assimilate, yet here it sounds radiantly compelling. An outstanding achievement.