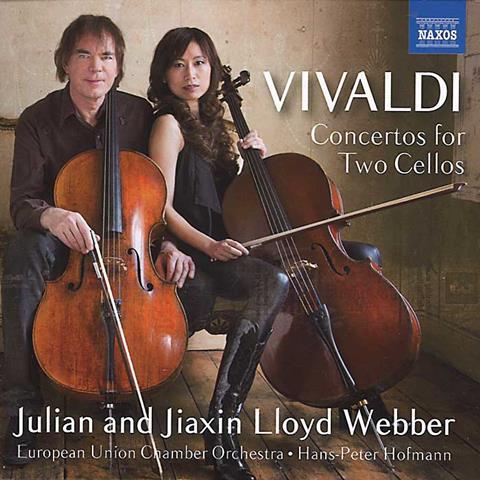 There is only one extant concerto by Vivaldi for two cellos, but Julian Lloyd Webber has very successfully arranged five more from the pool of 500-odd works in the composer’s output. The result is an attractive recording – you sense the enjoyment of the pair in playing such intricate music together, and the orchestral playing is lively and neat – but not an outstanding one. The effect of two cellos imitating mandolins or horns is pleasing rather than incongruous but the sound lacks the sparkle that would bring the pieces to life, the acoustic is rather dry and I missed the extra texture that period instruments bring.

The middle movements, mostly scored for the two soloists and harpsichord alone, often contain the most striking music. The Lloyd Webbers take RV539’s high-tessitura Larghetto very legato, with an attractive lilt, and they wax lyrical in the long passage of suspensions in the Largo of RV531. In the quirky E minor Concerto, Jiaxin Lloyd Webber’s semiquavers often threaten to run away with themselves, and there is also a momentary jump in the pulse in one of the pair’s solo sections in RV545.

The Piazzolla Milonga sits rather strangely with so much Vivaldi, but does make a seductive swansong for what is, poignantly, Julian Lloyd Webber’s final full-length cello recording.