Vivaldi is reflected back through his contemporaries’ music in stylish album 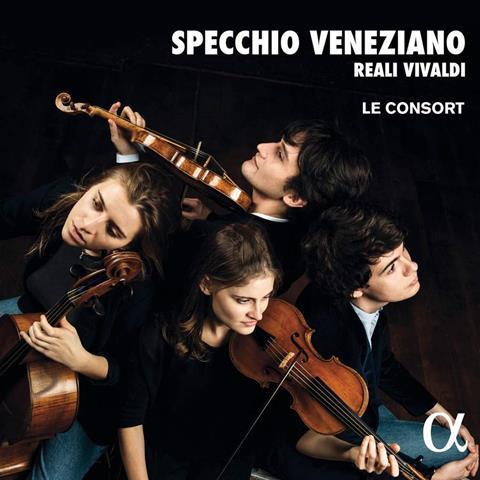 Description: Vivaldi is reflected back through his contemporaries’ music in stylish album

‘Venetian mirror’ presents works by Vivaldi alongside examples by his lesser-known Venetian contemporary Giovanni Battista Reali. The performers’ spotlight falls principally on these composers’ op.1 trio sonatas, in which Baroque violinists Théotime Langlois de Swarte and Sophie de Bardonnèche predominate in convivial conversation, but they also extract movements from other opera to showcase the solo artistry of their continuo players. They characterise both composers’ ‘Folia’ variations with technical assurance, sensitivity and style, contrasting the occasional contemplative or melancholic variation with others of exuberant extroversion and ramping up the momentum towards the end. Reali’s ‘Folia’ includes an additional concertante cello part, dispatched with aplomb by Hanna Salzenstein.

Particularly striking in these players’ accounts of Reali’s op.1 are no.2’s spiky introductory Grave e staccato, the liberated role of the basso continuo in no.10’s third movement and the clarity of textural detail in the energetic contrapuntal final Allegros of nos.1, 4 and 9. Outstanding in their rendition of Vivaldi’s five-movement op.1 no.1 are the staccato Adagio, with its occasional ear-tingling ornamentation, the breezy, imitative Allemanda and the characterful Gavotta, with its amusing, tongue-in-cheek conclusion. Salzenstein’s sombre, expressive Largo from Vivaldi’s Cello Sonata (RV40) is the pick of the excerpts, despite some distracting extraneous noises infiltrating the close, resonant recording.