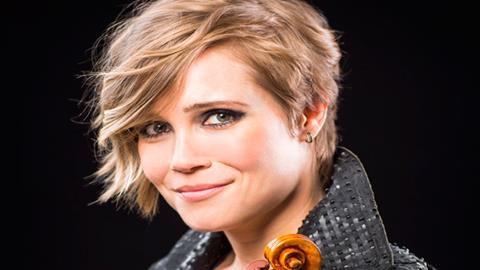 The nominations for the 59th Grammy Awards, to be held in Los Angeles on 12 February 2017, have been announced, including a number of nods for leading string players.

Cellist Yo-Yo Ma is nominated in the Best World Music Album category for 'Sing Me Home' with The Silk Road Ensemble on Masterworks.

Three violinists appear among the nominees for Best Classical Instrumental Solo - Leila Josefowicz (pictured) for John Adams's Scheherazade.2 with the St Louis Symphony on Nonesuch; Christian Tetzlaff for Dvorák's Violin Concerto and Romance, and Suk's Fantasy with the Helsinki Philharmonic Orchestra on Ondine; and Gil Shaham for '1930’s Violin Concertos, Vol. 2' with The Knights and Stuttgart Radio Symphony Orchestra on Canary Classics.

Cellist Zuill Bailey is also recognised in the Instrumental Solo category for Daugherty's Tales Of Hemingway with the Nashville Symphony on Naxos.

In the Best Chamber Music/Small Ensemble Performance category nominees include the ARC Ensemble for Fitelberg chamber works on Chandos; Øyvind Gimse, Geir Inge Lotsberg and Trondheimsolistene for 'Reflections' on 2L; Chicago's Spektral Quartet for 'Serious Business' on Sono Luminus and the Lincoln Trio for 'Trios From Our Homelands' on Cedille Records.