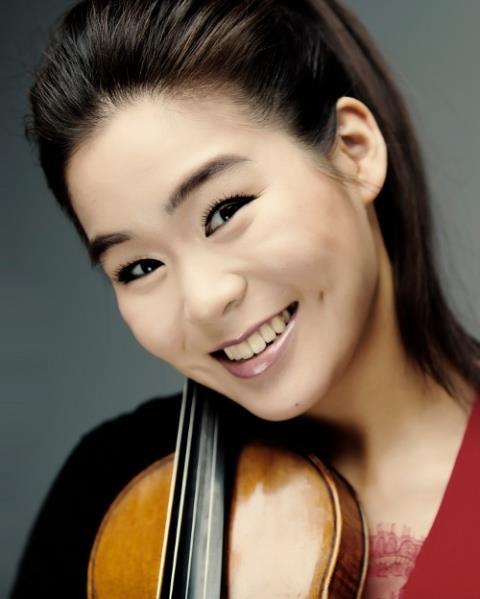 BBC Radio 3 has named the six musicians and ensembles joining its 2014 New Generation Artists Scheme, recognised as potential ‘classical music stars of the future’. Founded in 1999, the programme nurtures new talent with a number of opportunities over a two-year period, including broadcasts with BBC orchestras, UK lunchtime concerts, studio recordings and chamber collaboration with fellow New Generation Artists.

This year’s crop includes Armenian cellist Narek Hakhnazaryan, who studied at the Moscow and New England Conservatories and was mentored by Rostropovich. He also won the 2008 Young Concert Artists International Auditions, and the Cello First Prize and Gold Medal at the 2011 International Tchaikovsky Competition. He featured as a Fresh Face in The Strad's October 2011 issue.

The programme also welcomes US  violinist Esther Yoo (pictured), a student in the Excellence Bachelor Programme at the Hochschule für Musik und Theater in Munich and the Artist Diploma Programme at the Queen Elisabeth Music Chapel in Brussels. At the age of 16, Yoo was the youngest prize winner of the 10th International Sibelius Violin Competition in 2010, and in 2012 was one of the youngest prize winners at the Queen Elisabeth Violin Competition. She featured as a Fresh Face in The Strad's March 2014 issue.

German string quartet, the Armida Quartet, is the only ensemble to join the scheme. Founded in 2006 in Berlin, the group currently receives lessons from the Artemis Quartet at the Universität der Künste, and in 2012 won first prize and the audience award at the 61st International Music Competition of ARD.