Mutter's fee, along with those of conductor Herbert Blomstedt and the Gewandhaus Orchestra, amounted to €60,000 and were gifted to two education bodies 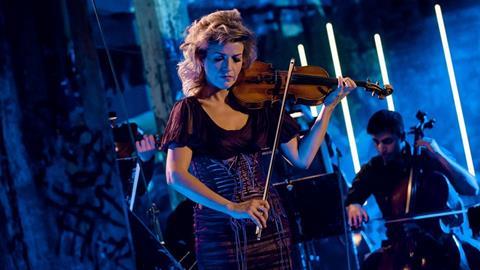 Violinist Anne-Sophie Mutter, conductor Herbert Blomstedt and the Gewandhaus Orchestra have donated their fees from a concert last weekend to two refugee education charities. The proceeds, which amounted to €60,000, were gifted to 'Integration durch Bildung e.V' (Integration through Education) and 'Interaction Leipzig e.V'.

'Successfully integrating people seeking protection from war and persecution in our country seems to me one of the most important social challenges of our times. I am delighted that together with Maestro Blomstedt and the Gewandhaus Orchestra that we have been able to support “Integration through Education e.V.† and “Interaction Leipzig e.V.† with the proceeds from the concert on March 18. At the same time, we musicians sent out a highly visible signal for support and empathy, and against exclusion and hatred.'

Saturday's concert at the Leipzig Gewandhaus in Germany was devoted to Beethoven, including his First and Fourth Symphonies and the Violin Concerto.