The comic pianist mugs his way through Monti's Czardas 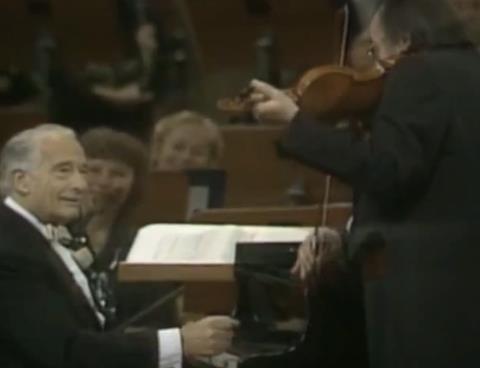 Victor has just finished conducting at one of his 80th birthday concerts and the crowd reaction was so good that the violinist, Anton Kontra, suggests an encore. No encore was planned but Monti's Czardas, which Victor had heard before BUT HAD NEVER PLAYED, is suggested. Nevertheless, the two go at it and put on quite a show. Watch Victor's facial expressions in the 2nd half as his partner escalates the action.