The rediscovery of the ‘Ames’ Stradivarius

Last week it was announced that the 1734 ‘Ames’ Stradivarius violin had resurfaced after going missing 35 years ago. Violin maker and restorer Phillip Injeian, who authenticated the instrument (right), explains how the rediscovery came about 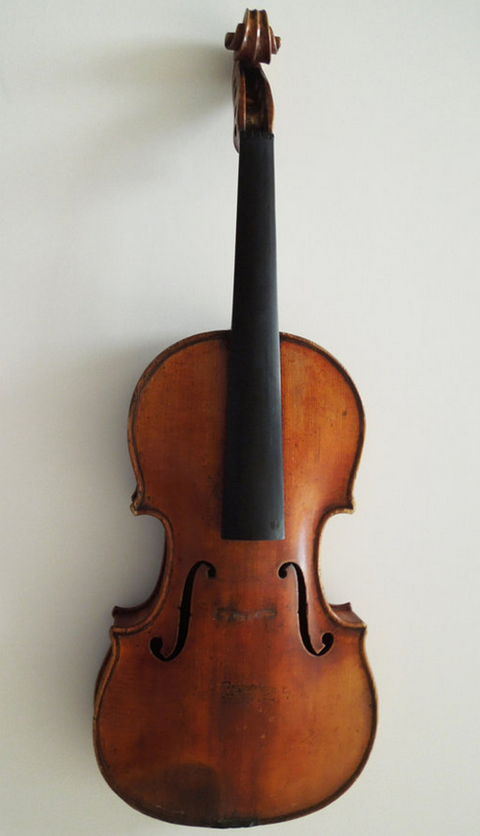 I first saw the ‘Ames’ Stradivarius on 26 June in a hotel room on New York’s Lower East Side. The lady who brought the violin had already sent me high-quality photos of the instrument, so I had a good idea of what it might turn out to be. The first alarm bell was the photo of the label – it had a date of 1734. Not only does it mark out a very late Strad (he died in 1737) but fake labels, of the kind you might find in 19th-century German instruments, tend to have a date of somewhere between 1710 and 1727. So that already seemed highly unusual. Next, I consulted the photos in Herbert Goodkind’s book Violin Iconography of Antonio Stradivari. Given that the 1734 section is fairly small, it didn’t take too long to realise this could well be the ‘Ames’ violin.

The violin has several distinguishing marks that help to date it as very late in the maker’s career. In my opinion, there are characteristics of three makers: Antonio Stradivari himself, his son Francesco, and Carlo Bergonzi, who was working in the Stradivari workshop at the time. On both f-holes, but especially the left, there’s a sharper cut – almost in the manner of Guarneri ‘del Gesù’ – which is very typical of Francesco. The centre bouts are a little bit straighter and there’s a certain flatness to the top and bottom of the instrument, which is more characteristic of Bergonzi, in my view. Comparing the violin with the photographs in Goodkind’s book showed other identifiers that proved this was the ‘Ames’ violin: the wood of the back is plain maple, cut on the slab, but there was a prominent dark ring on the right lower side of the back, for example.

The violin will certainly need some restoration: the neck graft was coming away at the scroll, which will need to be repaired before it can be played. That said, in my opinion, the thief may have done the violin world a service in the long run, because artists playing on these great instruments have done more damage to them in the past 35 years than in the past three centuries! They play on them more, rehearse on them more, and the repertoire is more difficult. The varnish is more easily worn out and scratched by chin and shoulder rests. I always encourage my clients who play top-end instruments to get a top-quality modern copy and play on that. Many of the world’s top artists do exactly that, and save the instrument for future generations.

Read about the theft and recovery 35 years later of the 'Ames' Stradivarius.