Ahead of his performance at Cadogan Hall, the violinist shares his knowledge 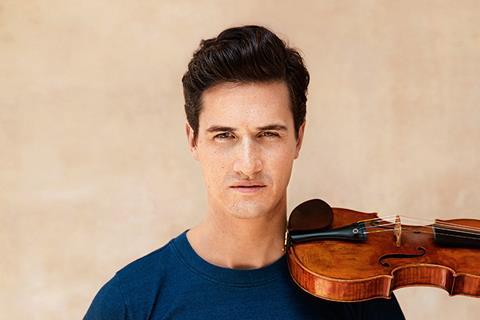 This is the starting point for everything. There are times when something falls  easily under the fingers, and you feel you can play it quickly no problem, but sometimes when you’re in a concert under pressure, the foundation may not feel as solid as you would like - and that’s where slow practice comes in. I start the day playing a very slow scale. It helps to rewire the brain and also, focusing on just that simple thing calms my mind down.

Even if you’re practising slowly, it’s easy to go onto autopilot and then, when you’re just going through the motions, you can easily acquire bad habits. It’s better to practise less and really concentrate on what you’re doing. I personally don’t tend to practise for longer than an hour at a time. After that my focus starts to wane.

At school, I used to cram at the last minute for exams, and in that context you can kind of get away with waffling with a minimal amount of knowledge. But there’s nowhere to hide on the violin: either you’ve got the foundation or you don’t. So rather than cramming in a massive amount of practice just before a performance, it’s better to practice less but consistently in order to give yourself time to absorb all the new skills that you’re working on.

If you fixate too much on technique you miss the point completely: trying to a convey a composer’s message and to create a coherent musical structure out of a piece. Also, I find that if you think of a technical problem from a musical perspective, sometimes you’re able to forget about the mechanics of it and fit it into a performance in a more instinctive way.

It’s shocking sometimes, when I watch myself on camera, to see the discrepancy between what I thought I was doing and what I was actually doing. And that’s on a camera that’s sitting right in front of you. For someone sitting further back in the hall, the effect is diminished even more. So you have to really go much further than you think - when accentuating dynamics; when sustaining with the bow - and make an extra effort to convey your interpretation.

Charlie Siem performs on February 5 at Cadogan Hall in benefit of children and adolescents with cancer and and social programmes.