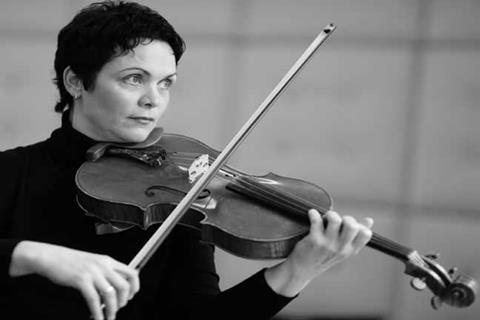 Born in Lahr, Germany, Tabea Zimmermann began learning the viola at the age of three before studying with Ulrich Koch at the Musikhochschule Freiburg and subsequently with Sándor Végh at the Mozarteum University of Salzburg. Her career was launched by winning in quick succession the Geneva, Maurice Vieux and Budapest Competitions between 1982 and 1984 and has since enjoyed considerable success as a soloist, performing with numerous major orchestras such as the Berliner Philharmoniker, BBC Philharmonic and the Gewandhausorchester Leipzig. Zimmermann balances her solo career with her work as a chamber musician and pedagogue: she is a regular performer with the Arcanto-Quartett and is Professor for Viola at the Academy of Music 'Hanns Eisler' Berlin. She has twice won the Echo Klassik award as instrumentalist of the year in 2012 and 2014 and has been awarded the Order of Merit of Baden-Württemberg and North Rhine-Westphalia.