If players and teachers were less cagey about where they discovered their ideas, Philippa Bunting argues, it would be more interesting for audiences and more valuable for their peers 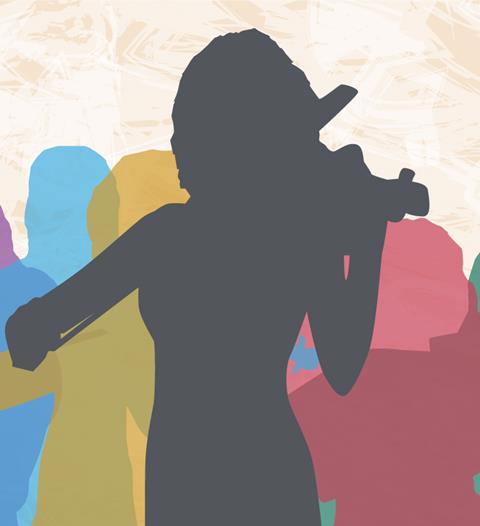 For a variety of reasons, my thoughts have recently turned to the issue of heritage, and specifically to the ways in which we, as players and teachers, go about acknowledging what we might call our sources.

As musicians, our primary, or at least our earliest, sources are likely to be our teachers. Over a period of 18 years or so, we might have any number of them, or only one or two. They might be good, great, indifferent or even bad – but how, if at all, do we credit them?

I looked at the biographies of various eminent string players, as published on their own websites, and was astounded to find that some had apparently received no teaching at all. Could this really be possible? Naturally, if you have had a long and interesting life your teachers are far behind you, and the influences on you since that point are multifarious and compelling. Even if your life has been slightly shorter thus far, admitting to having studied with someone might perhaps rob you of some of your allure. But still, no teaching at all? Hmm.

Other players admitted to having brushed against some of the greats, holding up their names like so many badges of honour. Just a very few, and generally speaking those at the younger end of the spectrum, let on the truth: someone, at some point, had taught them something.

When audiences peruse concert biographies, is it exclusively the overwhelmingly successful career that they want to read about? I suppose in a marketing-driven age, the patina of success, the knowledge that you have chosen to appreciate someone who is endorsed by the whole world, is important. But, I would hazard, what concert-goers really want to know about is the person behind the professional biography: their humble (or otherwise) origins, their back story. They want to know not only about the magic they see and hear before them, but also about the work that went into it.

After death, and sometimes before, the biographies of elite performers are pored over for early signs of how the miracle was achieved. Writers and readers alike seek out not only signs of abnormal precociousness, but also important early influences that nudged the genius towards the light of day. In many cases, of course, these were ambitious parents, but that’s by the by. Someone, after all, has to drive the poor dears to their lessons.

To some extent, it’s the same with teachers. Some, like the artists described above, seem to emerge whole, presenting their craft as a personal creation. Visionaries aside, many teachers peddle ideas as new and revolutionary, but they’re ideas that you half-recognise from elsewhere. To a certain extent, that’s fair: when you enter the teaching profession, you enter a community of magpies. These magpie–teachers observe, pilfer, try out in private, hone to a shine, and then use all sorts of ideas that come from other people – just as writers do, or in fact anyone engaged in the business of life in general.

Provided we are open about this process, and are all prepared to give as much as we take, the system works. Do it dishonestly – unwittingly or not – and the ethos fails. To draw an analogy with academia: when sources are clearly referenced and citations are scrupulously applied, ideas can circulate freely and the debate as a whole is advanced.

The opposite, to some extent, are those teachers who slavishly follow the steps of the masters and mistresses they were exposed to, citing their pedigree and qualifications to all who will listen. These are teachers who, clothed in the flimsy chiffon of past righteousness, take on a rigid orthodoxy and replicate it, dismissing anyone who follows a more eclectic path as a dilettante – or worse, an amateur.

This is also, to some extent, not playing the game. How, if we truly tailor our work to the needs of the pupils in front of us on any given day, can there be only one right way? Tried and tested is one thing, but in the shifting world of the teaching studio, aren’t things subject to change in the light of experience, personal insight and, dare one say, wisdom?

Collective nouns for musicians, artists and teachers are relatively prosaic. Those for magpies, on the other hand, are far more poetic: a congregation, a gulp, a tittering, a murder, a tiding, a charm. Charm: the power or quality of giving delight or arousing admiration. Perfect.

Originally published in The Strad, August 2013.