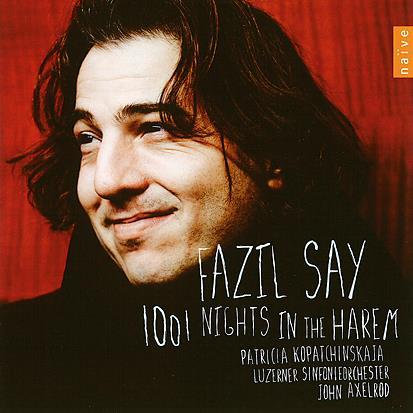 Having formed a performing duo with Patricia Kopatchinskaja in 2006, gifted pianist–composer Fazil Say composed this violin concerto for her only last year. Based on the same 1001 Nights tale made famous by Rimsky-Korsakov in his Sheherazade, Say’s four-movement concerto also casts the solo violin as the work’s principal storyteller. The first takes place inside the harem; the second at an all-night party; the third the following morning in the form of a set of variations on a well-known Turkish song; and the finale pulls together the various strands, ending with a highly evocative series of intoxicating sonorities.

The results are nothing short of sensational, with Kopatchinskaja bewitching the senses in playing of beguiling sensuality and rhythmic allure. At times she traces the work’s seductive cool with such enraptured precision that it feels almost as though she is composing the music as she goes along. Mesmerising artistry, captured in state-of-the-art sound, alongside three other non-string works that provide further insight into Say’s highly contagious creative world.