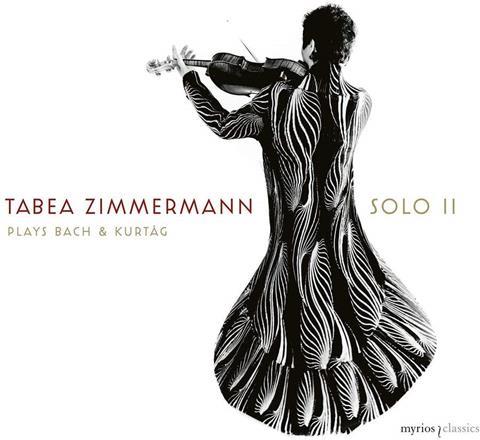 It has taken Tabea Zimmermann more than ten years to add a second volume to her traversal of the Bach Cello Suites, but the wait has been worthwhile. Just as the music itself grows in complexity throughout the cycle, so has her playing become even more subtly refined. This becomes evident from the first bars of the C major Prelude, where Zimmermann is alert to the implied polyphony of this seemingly simple movement. (Like William Primrose, she indulges in a trill in 6ths at the final cadence!) Tempos are sprightly throughout, with swinging allemandes and motoric, forward-thriving courantes. Repeats are discretely embellished in both sarabandes, the ‘walking’ accompaniment of the one in E flat major receiving a nice lilt.

The two Bach pieces are separated on the CD by a further ‘suite’ of six movements from György Kurtág’s collection of miniatures, Signs, Games and Messages. Zimmermann imbues the harmonics of …eine Blume für Tabea… (dedicated to her, following the death of her husband) with wistful longing. This is one of two pieces not included in Kim Kashkashian’s comprehensive selection (on ECM), the other being Népdalféle (Im Volkston), a concise recreation of Bartók’s folk-inspired string music. A further baker’s dozen from Kurtág’s collection could easily have found room on the none-too-long CD, but this is the only ground for grumpiness one could possibly find with this beautifully produced recording, the last Zimmermann made on her trusted Vatelot viola.