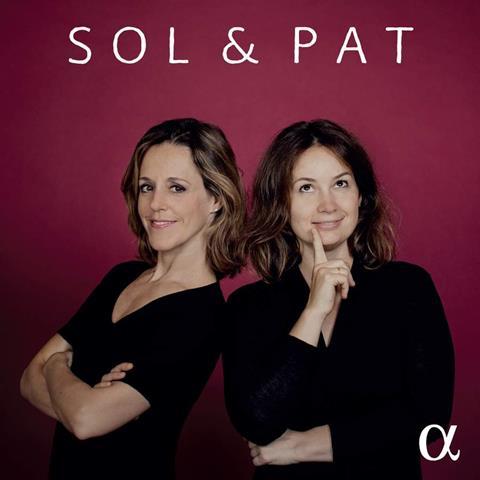 Description: Two old friends are even more than the sum of their parts

On another day this CD might have been called Pat & Sol. They’re old chums, as they tell us in their transcribed conversation in the booklet, and it shows in their easy musical unanimity. The main works here are Ravel’s Sonata and Kodaly’s Duo, both challenging in so many ways and both done more than justice. In Ravel’s opening Allegro they are robust and vibrant after the delicate, translucent opening, with great rhythmic dovetailing. There are outbursts of pagan ferocity in the Très vif, with Kopatchinskaja playing ‘sur le chevalet du talon’ with a vengeance that makes one fear for her instrument, soon balanced by the silky tenderness in the following Lent. They invoke a spiky Bartókian sound world in the final Vif, an aggressively rhythmic peasant dance.

Kopatchinskaja opens the Kodály with a soupy, almost Grappelli-like account of the opening melody, with a rhythmic freedom that presages what is to come. They play some of it like a giant cadenza, building splendidly to the great largamente. The central Adagio is almost a miniature tone poem of tragedy and resignation, filled with passion. In the final Presto they both sound like they’re enjoying Kodály’s hell-for-leather-eccentricities. Zbinden’s 1947 La fête au village is a humorous set of pictures of a village festival in six short movements, vivid and sometimes intoxicated. Most of the other works here are barely two minutes long but they are all striking in their different ways. This really is a wonderful disc, all closely recorded and clear.