An imaginatively programmed picture gallery of a recital 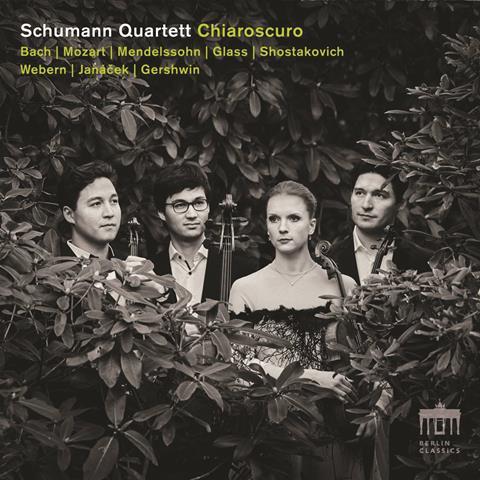 Description: An imaginatively programmed picture gallery of a recital

These performances are uniformly excellent but that could almost be dismissed as detail. On the menu is an unlikely smorgasbord of seven composers, three centuries and two continents that constitutes the final disc in a trilogy (the first two were almost as eclectic). ‘We are standing in a picture gallery of music,’ reads the booklet note. ‘All around us we can hear snippets of the great works for string quartets, along with unfamiliar things to delight the ear.’

But the works are astutely linked – for the most part. We are tricked, from the first of Mozart’s arrangements of five of Bach Well-Tempered Clavier fugues, into Mendelssohn’s Fugue in E flat major: a short, secret passageway from the Baroque to the Romantic. The rest of Mozart’s Bach fugues are spliced between the next pieces: Glass’s ‘Company’ (in a performance of rare textural differentiation and canny contrast), Shostakovich’s Two Pieces (the first induces chills following the brightness of the D major fugue, radiantly played) and Webern’s Six Bagatelles (very sharply articulated, particularly No 5).

It’s another masterstroke to follow Janáček’s ‘Intimate Letters’ with Gershwin’s Lullaby as a moving ‘farewell to all that’. The Janáček receives a coruscating performance, with all the neurosis missing from the Belcea Quartet’s recent version, throbbing with an impulse born exclusively of the notes themselves and not some new idea about them. Given the vibrant and variegated performances and engrossing sound (which can sometimes overly favour the cello), it’s a shame the Janáček’s sheer length upsets the nimble rhythm that had been so carefully and thoughtfully established. I will be returning to this recording to ascertain how minor a quibble that is.