A young cellist lives up to his burgeoning reputation 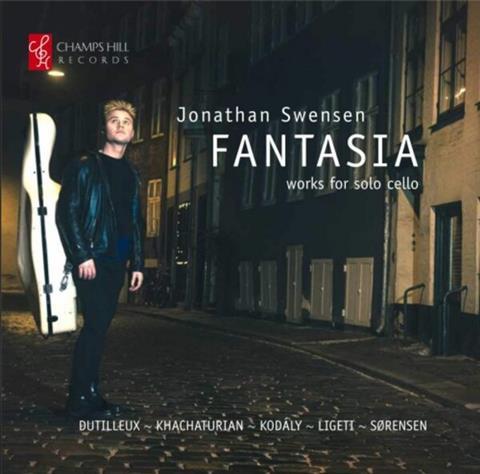 Description: A young cellist lives up to his burgeoning reputation

Garlanded with young artist awards and scholarships, the Danish cellist Jonathan Swensen puts a formidably assured technique and bold, expressive temperament at the service of landmarks in the 20th-century solo repertoire (and a premiere, written for him by fellow Dane, Bent Sørensen). The studio engineering’s generous acoustic complements the big-hearted nature of his performances, which belies their thorny corners and intimidating reputations. Anyone who has Ligeti and Dutilleux marked down as ‘difficult’ modernists will find their prejudices challenged by the rich tonal bloom of his playing (on which instrument, the booklet does not say) and the extrovert, conversational brilliance of their finales.

The two fantasia pieces at the heart of the album draw from Swensen a focused cantabile line that leads the listener through their diffuse form – towards heroic fulfilment in the Khachaturian, and peaceful resignation in the Sørensen. The Kodály Sonata presents a stiffer if familiar challenge, which Swensen meets by taking his time to enjoy the slow movement’s soulful nocturne and articulate every gesture of the finale’s rough good humour. Over 75 minutes I counted not a single ugly note: an achievement in itself. There is more risk and intimacy to Emmanuelle Bertrand’s recordings of this repertoire on Harmonia Mundi, but it’s a matter of personality rather than musicianship, and I would gladly buy a ticket to see Swensen on the strength of this appealing calling card.