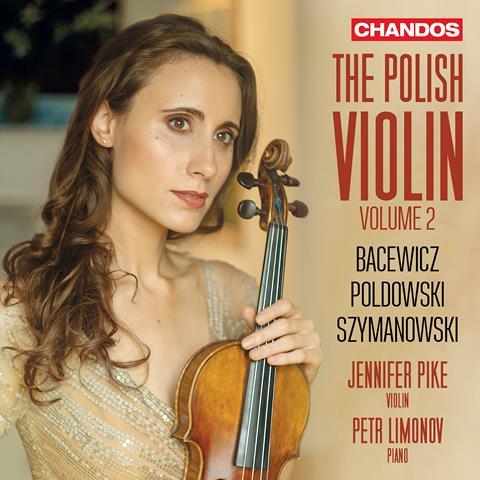 Szymanowski’s early music is semantically elusive – despite moments of explosive 19th-century rhetoric, one can already sense an underlying tendency towards the chromatically intensified exotic. His opulent sound world leads the ear to expect outbursts of melodic prolificity, yet although his writing is predominantly lyrical in essence, Szymanowski shows no inclination to fall back on indelible melody. The challenge is to make sense of the music – most notably the op.9 Sonata (1904), included here – which appears stylistically to look backwards and forwards at the same time.

This is where Jennifer Pike and Petr Limonov really come into their own, discovering a magical interpretive path that indulges the music’s luxuriant tendency with exquisite subtlety and musical focus. This becomes still more revelatory in the three Paganini caprice realisations, in which Pike refocuses her glistening virtuosity to create a dream world of haunting reminiscences. So musically entwined are Pike’s and Limonov’s fine-tuned responses to La Berceuse d’Aïtacho Enia, that one wishes this trance-like miniature would go on unfurling indefinitely.