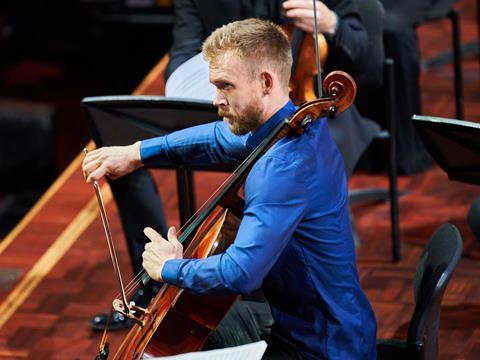 The tenth annual Pärnu Music Festival didn’t happen quite as planned but still managed to schedule six orchestral concerts (with four different orchestras) as well as numerous chamber music performances, masterclasses and workshops. Against all the odds, Paavo Järvi managed to assemble his Estonian Festival Orchestra, which unites players from around the world with talented locals. The ensemble sounded like a liberated racehorse at its first rehearsal. ‘There are some quiet passages in this symphony,’ Järvi said with a smile after the play-through of Mendelssohn’s Symphony No 1, ‘but don’t worry, we will find them later.’

It was always the EFO’s long-term goal to bring local musicians up to a higher level. The biggest silver lining of the pandemic was that it allowed the orchestra to include more locals than ever – and prove that they (and it) have come of age. Repertoire, too, had a more local flavour than normal. Cellist Theodor Sink was the fine exponent of Lepo Sumera’s invigorating Cello Concerto from 1999 and EFO concertmaster Triin Ruubel was the radiant soloist in Erkki-Sven Tüür’s Violin Concerto No 2. Players looking for fresh but rigorous repertoire should seek both out.

We heard seven Estonian conductors at one concert (look out for Ingrit Malleus, whose Mozart K201 with the specially assembled orchestra was full of detail, shape and intent) and more than competence from the Järvi Academy Orchestra conducted by Kristjan Järvi. The Tallinn Chamber Orchestra apparently looks younger every time you see it. After a revisionist performance of Arvo Pärt’s Cantus in Memoriam Benjamin Britten that was punchy and defiant –appropriate for the opening piece in the first concert of a festival that almost didn’t happen – it gave a performance of Beethoven’s Symphony No 1 that would have impressed from any chamber orchestra in the world. More than ever, this Pärnu festival was a victory for Estonia.