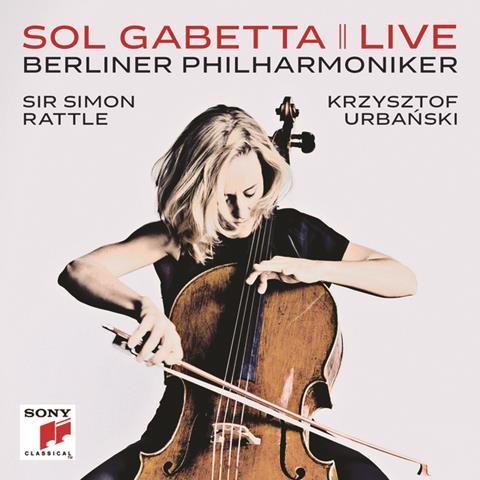 Sol Gabetta’s vividly recorded live performance of the Elgar Cello Concerto with Simon Rattle and the Berlin Philharmonic offers a weightier reading than her earlier studio release on RCA with Mario Venzago (reviewed in September 2010). A strong depiction of nostalgia underlies this interpretation, giving some of the reflective moments more depth, but maintaining the sparkling, fleet-of-foot delivery in the faster movements.

Occasionally the sense of flow is marginally impaired; for example, the slower tempo adopted by Rattle for the first movement makes the lilting simplicity in the 9/8 metre of the opening viola melody sound more laboured. On the other hand, this approach enhances the underlying sense of post-World War I melancholy and loss inherent in the music. Similar issues are evident in the Adagio, where the pauses between the phrases are perhaps a little too long. Yet if one views this work as reflecting Elgar’s painful farewell to the golden days of pre-war society, such fragmentation seems far more apposite.

Gabetta delivers an exhilarating performance of the Martinů, electric with some taut jazzy cross-rhythms, the orchestral playing strengthening the dialogue between soloist and orchestra. She is persuasively expressive in the lyrical passages of the Andante moderato but potently theatrical in the cadenza that prefaces the motorically driven final section of the work.