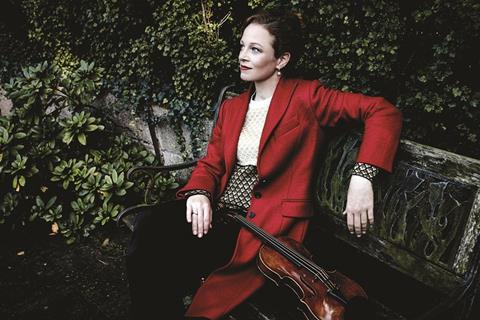 It takes guts to make a New York debut with off-the-radar repertoire, but the Leipzig-based violinist Carolin Widmann is apparently fearless. With the renowned (and still conductor-free) Orpheus ensemble, she cruised through Kurt Weill’s Concerto for Violin and Wind Orchestra with enviable confidence and aplomb. Alongside a superb contingent of winds and percussion, the four double basses deserve mention: Gregg August, Jordan Frazier, John-Paul Norpoth and Sam Suggs.

In the opening, over percolating clarinets and a snare drum, Widmann was the epitome of fluidity, with dazzling passagework and a lustrous, silken tone. In the central movements (which display some insouciance, despite the monikers ‘Notturno’ and ‘Serenata’), her 1782 Guadagnini was at its glowing best in a duet with marimba. Especially appealing was Widmann’s forcefully audible pizzicato in a duet with the flute. And the languorous cadenza gave no indication of the bubbly, volcanic mix of whimsy and barbarism to come, which bring this striking concerto to its close.

Earlier in the evening came Johann Wendt’s sparkling, surprisingly effective arrangement of the overture to Mozart’s Marriage of Figaro, with eight winds and one hard-working double bass player, Gregg August. And the night concluded with a handsomely conceived – and marvellously played – version of the composer’s classic Serenade for Winds no.10, the ‘Gran Partita’.